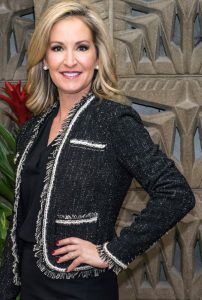 Kim serves as the President and CEO of the Arizona Lodging & Tourism Association (AzLTA) where she leads the advocacy, communication, collaboration and education efforts for one of the state’s leading industries. Prior to joining AzLTA, she served as Governor Ducey’s Director of International Affairs and as Executive Director of the Arizona-Mexico Commission.  In that capacity, Kim worked to advance Arizona’s position in the global arena through enhanced international economic and protocol efforts as well as educational and community collaborations.

Prior to joining the Ducey Administration, Kim served the University of Arizona as Assistant Vice President for State Relations where she led the UA’s legislative efforts at the State Capitol.  Kim has extensive experience in state government having also served in the Executive Offices of Governors Jan Brewer and Fife Symington.  She also spent several years as an International Trade Specialist at the Arizona Department of Commerce during the Symington and Hull Administrations.

Kim is a proud graduate of the University of Arizona, holding a Bachelor of Arts in Media Arts and double minors in Communications and Spanish. She also holds a Master of Business Administration in International Management from the Thunderbird School of Global Management. 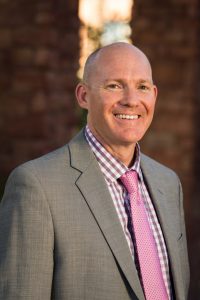 
David is Executive Vice President of the Arizona Lodging and Tourism Association. David brings extensive industry knowledge from his most recent role as VP, Strategic Initiatives at the Arizona Commerce Authority, where he worked to promote Arizona’s tourism and business assets, climate and culture to global markets including Canada, Mexico, China, England, Germany, France, India, Norway and Taiwan. He joined the Arizona Department of Commerce in May 2005 to lead the agency’s communication and public outreach activities. Prior to joining state government, David worked in broadcast television news for 15 years.

With a strong background in broadcast and media, coupled with his government experience, David brings a wealth of experience and knowledge to the team as we continue to evolve and grow AzLTA. Through his roles and unique contacts across the state and nation, David serves as a convener and connector for businesses and government. He has championed outreach efforts to Arizona’s rural communities through various workshops, listening sessions, community town halls and annual Governor’s conferences.

David currently serves on the boards of Arizona Association for Economic Development and Phoenix Theatre.